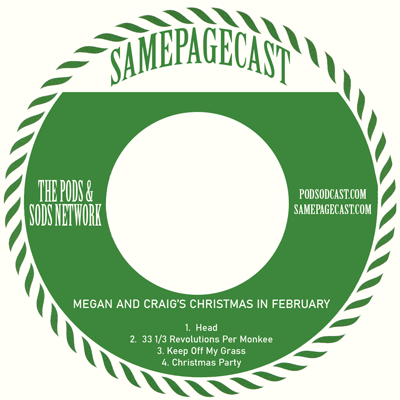 On the eve of the next Sound Of The Sunset, Sound Of The Sea recording, Megan and Craig had a bit of a Monkees Christmas Party! First, Megan watches the Head BluRay and hears the surround sound audio for the first time; both revisit 33 1/3 Revolutions Per Monkee and ponder the unsuspecting television watcher in April 1969 had anyone bothered to land on that channel; the possibility of an upcoming honest episode about Davy and how he might have affected Monkeedom in not the best ways; Megan forms a synopsis of sorts after making it partway through Micky’s Keep Off My Grass (Craig does not); and last but not least, both finally give Christmas Party a long awaited critical listen.
DOWNLOAD HERE (right click to save)