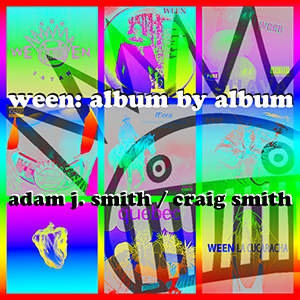 Adam J. Smith was reluctant about Ween. Craig Smith once had a set he was playing cut short because Ween was loading in. In time, both became pretty loyal fans. For those unfamiliar, Ween covered the gamut from humble drug and youth induced home recordings to fully realized rockers and introspective ballads – covering a wide range of shades in between, often paying tribute to those who influenced them. Join Adam and Craig as they go through their stories of discovering Ween, covering all nine original albums and key tracks as well as discussing the very public breakup and forthcoming reunion.