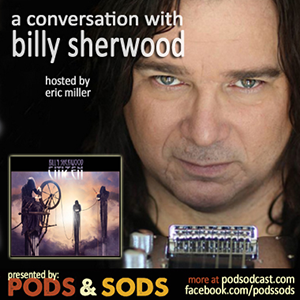 Billy Sherwood of Yes joins Eric in conversation. We talk about his early days growing up with his musical family.  His early bands including World Trade, how he connected initially with Chris Squire, being initially offered the lead singer spot in Yes and passing.  We talk about his varied production efforts including his tons of tribute albums features the world’s top talent.  Billy shares memories of Chris Squire and how Chris hand-picked him to be his successor to help carry the Yes flag forward.  In addition to all that, we talk about his latest fantastic concept album Citizen.