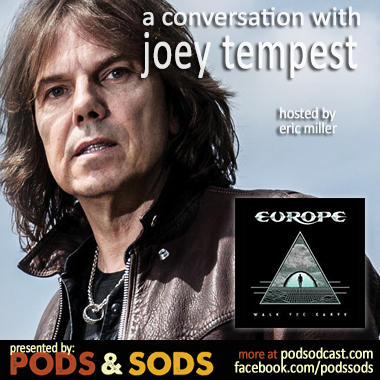 Joey Tempest of Europe joins Eric in conversation to discuss his early days of discovering music, songwriting, his influences and connecting with John Norum, the difference stylistically between the first couple Europe albums and those that ultimately broke the band out globally, memories of being at Epic Records while Pearl Jam’s Ten was released, reconnecting with John Norum for 1992’s We Will Be Strong, what lessons did Europe learn and apply when the reunited in 2003, how they approach writing and record at their more mature stage, his friendship and writing collaborations with Chris Difford of Squeeze, how important is it for Europe to have a presence in American, lots of talk around their new album Walk The Earth, and much more.