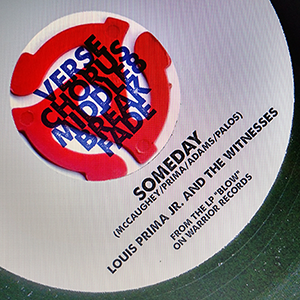 From hotel room demo to a Hollywood masterpiece – we take a look at the track “Someday” by Louis Prima Jr. and the Witnesses. Joining Craig for a look at this epic track is vocalist Leslie Spencer and guitarist Ryan McKay, who also co-wrote the track. We go through Ryan and Leslie’s musical paths up until the point where they meet, and follow the song from the beginning to its recording at Capitol Studios in Hollywood.
DOWNLOAD HERE (right click to save)